Reduction of GST to 0% in Malaysia 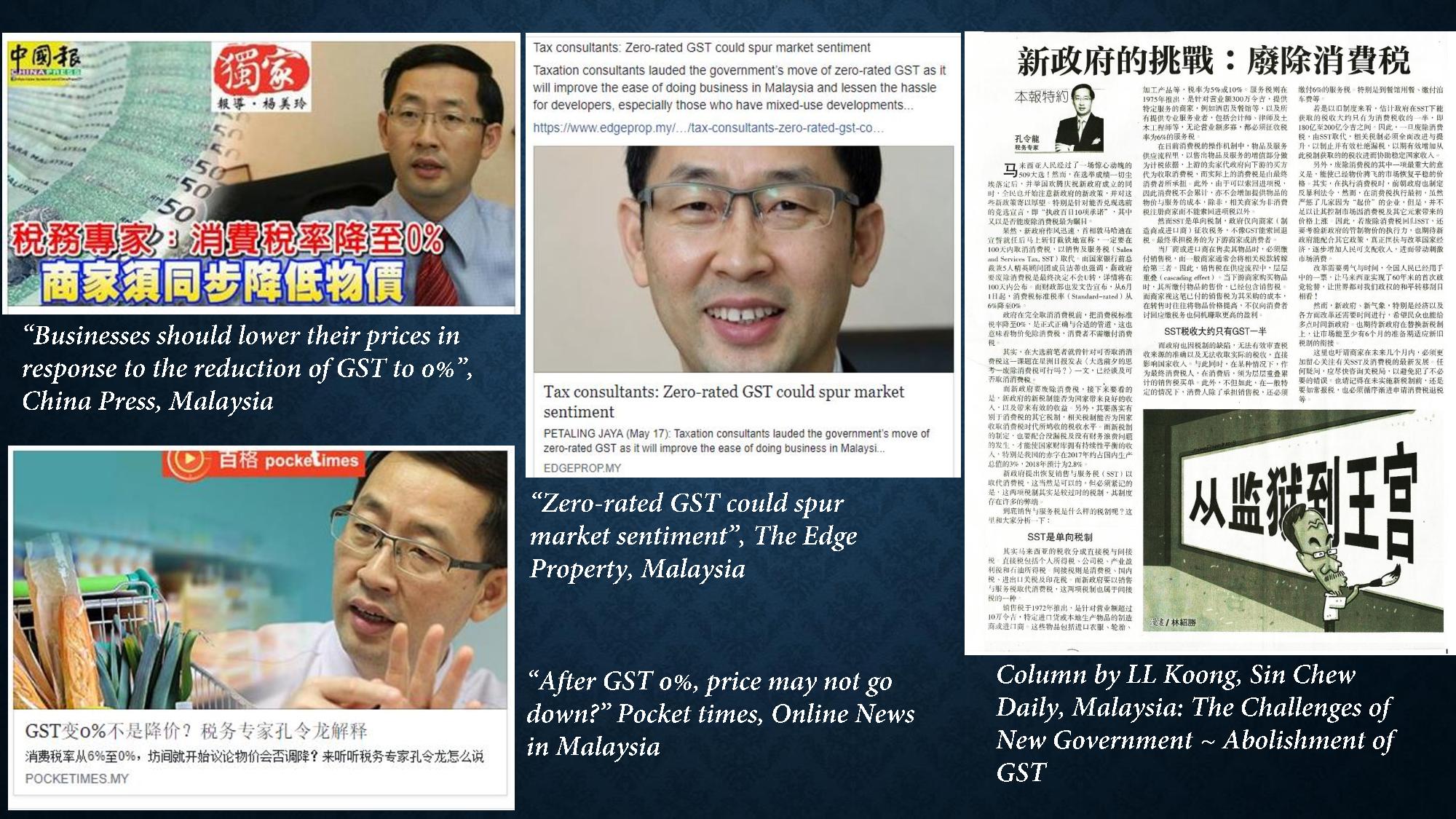 Malaysia's opposition coalition PAKATAN HARAPAN, or ALLIANCE OF HOPE, led by former Prime Minister Tun Mahathir Mohamed, prevailed in general election held on 9th may 2018, paving the way for the country's first change of power since its independence in 1957.

The new government’s manifesto themed “REBUILDING OUR NATION FULFILLING OUR HOPES” is comprehensive, inclusive and full of new ideas to meet the aspirations of all Malaysians.

The manifesto contains 10 promises in 100 days; 60 promises in five years and 5 special pledges. It covers a wide ranging of strategic proposals and measures cutting across sectors, communities, and east Malaysia, which are aimed to rebuild the nation and fulfil the aspirations of Malaysians.

The focus now is on the 10 promises that will be implemented in the first 100 days of the government’s administration. Top the list is the abolishment of GST, starting with zero rating on 1 June 2018 and be replaced with a new sales and services tax (SST) on 1 September this year.

There are concerns about the transition period following the migration from GST to SST. Businesses foresee that the reinstatement of the previous SST system can be a big issue and should be averted because of the flaws, and cascading and compounding effect of the SST system.

A change of national government and the tax systems clearly have far more serious impact and implications as it affects all Malaysians. Mr. Koong indeed was “hot” to be interviewed by various major Malaysian Medias and invited as live commentator at radios to give his professional views and advises on the transition from GST to SST. He also contributed further in-depth comments on this old and new tax system in his columns, of which have been featured by Malaysian prominent Chinese news daily.

China: The expansion of the scope of pilot program of “VAT in Lieu of Business Tax“ in P.R.C