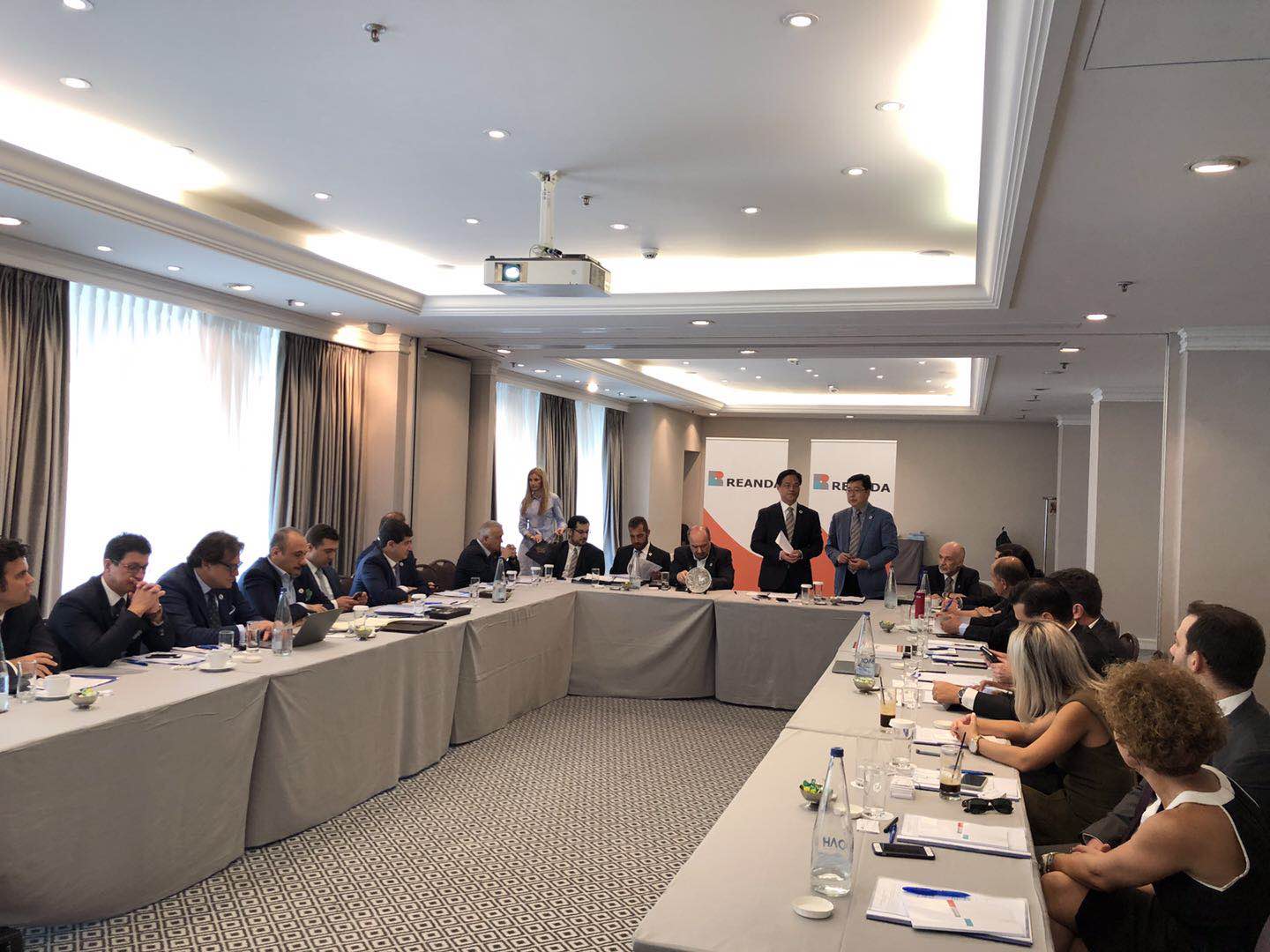 From 17 July to 18 July 2019, Chairman Mr. Huang Jinhui and CEO Mr. Franklin Lau visited Greece to attend the second European regional meeting of Reanda International and paid courtesy visits to meet with government officials in Greece together with the partners of Reanda Greece.

The morning of 17 July was started with the European regional meeting of Reanda International in Grand Hyatt Athens Hotel. Some 18 partners and personnel from Reanda Cyprus, Greece, Malta, Netherlands, Poland , Portugal and Turkey and Reanda International Beijing headquarters and Hong Kong administrative office were in attendance. The European partners proactively discussed the latest development, current and potential cooperation amongst European members, future recruitment plan in the region as well as their expectations and suggestions to the network. A signing ceremony on promoting Greek correspondent firm Artia Poreia Audit Limited to be the member firm of Reanda International was also held during this occasion.

The meeting was followed by a visit to the Economic and Commercial Counsellor’s Office of the Chinese Embassy in Greece. As led by Chairman Mr. Huang Jinhui, the Reanda delegation included CEO Mr. Lau; Mr. Athanasios Apostolopoulos and Mr. George Athanasiou, partners of Reanda Greece; Mr. Haris Hadjioannou, European regional president of Reanda International; Mr. Tayfun Zaman and senior territory partner of Reanda Turkey were honored to meet with Mr. Li Feng, Minister Counsellor of the Economic and Commercial Office of the Embassy. Mr. Huang introduced and presented to Counsellor Li the history and recent achievement of the network over the years while the delegation learnt the latest development of the Chinese business activities in Greece and challenges faced by the Chinese enterprises when doing business in the country. Counsellor Li encouraged the network’s active participation in facilitating the mutual collaboration of the business enterprises between China, Greece and other countries, as well as helping the Chinese enterprises to participate in the second China International Import Expo.

In the afternoon of 18 July, Chairman Mr. Huang visited to the Athens office of Reanda Greece and held a working meeting with the Greek partners to discuss potential business opportunities within the network. During the meeting, Chairman Mr. Huang reiterated the importance of the establishment of China Desk, appointment of dedicated personnel to build up close communication channel with the Beijing headquarters and the Chinese Embassy in Greece as well as leveraging the geographical advantages of the country.

Such visits promoted the Reanda profile in Greece and created a brilliant opportunity in assisting our member to get connected with the Chinese enterprises for identifying business prospects. While Reanda International will continue to spare no efforts in supporting the business development of Reanda Greece and other network firms, the network will also further intensify its member’s presence in Europe.

The Reanda delegation visited the Economic and Commercial Counsellor’s Office of the Chinese Embassy in Greece to meet with Counsellor Mr. Li Feng

A lively discussion between Counsellor Li and the Reanda delegation

On 18 July, Chairman Mr. Huang visited the Athens office of Reanda Greece and held a working meeting with the Greek partners

The Southeast Asia and South Asia annual regional meeting of Reanda International successfully concluded on 10 May 2022
Reanda International organised the “Seminar for Senior Executives of Chinese Enterprises: Dialogue with Economic and Commercial Counsellors” in Beijing, China on 29 April 2022
相关成员所
Greece