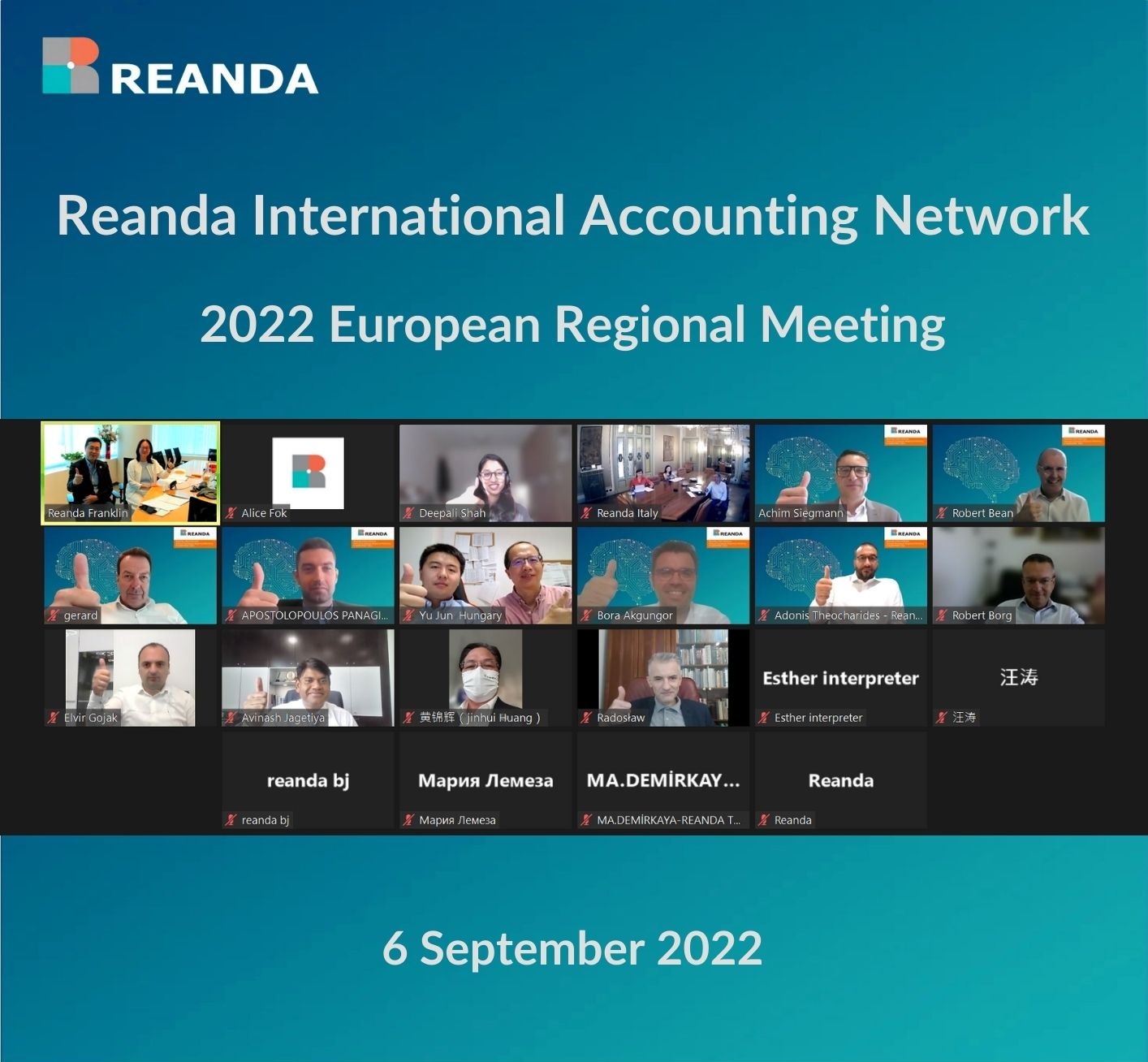 The meeting,as chaired by Mr. Achim Siegmann, the Vice-president of Reanda International European Regional Committee, aims to facilitate mutual collaboration and strengthen the exchanges amongst network firms in the region. During the opening speech, Mr. Huang Jinhui, Chairman of Reanda International, highlighted the resilience performance of the regional members during the challenging time of pandemic with strong momentum of referral cases in the European region. The Chairman Mr. Huang also led an intriguing discussion on a new European project that may involve 8 countries with the collaboration of over five Reanda International member firms. It was followed by global updates from the CEO Mr. Franklin Lau while he highlighted the promotion of the new international accounting standard ISQM1 across the network as well as updates about the progress of network’s new IT infrastructure for information exchange. Then Mr. Achim Siegmann continued the meeting by presenting the latest development of the European region.

This virtual meeting was a resounding success while all attending members discussed strategies in expanding the region and enhancing business referrals while they also exchanged insights with each other about the notable happenings of their countries and their firms.